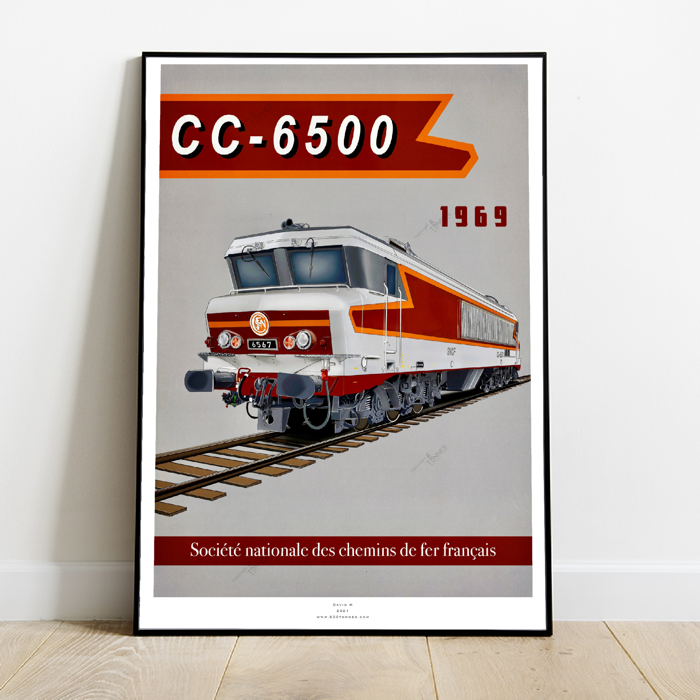 A digital drawing of the french electric locomotive CC6500

The CC 6500s are a series of SNCF line electric locomotives produced by the French company Alsthom (which became Alstom in 1998).

They were the flagship of French single-current locomotives from the 1970s, and the most efficient of their time. These machines are the most powerful models of an important family of locomotives, belatedly nicknamed the Broken Noses, of which variants were delivered from 1964 to 1999 in France and around the world.

The CC 6500s began their prestigious career hooking the largest French trains, with among them many Trans-Europ-Express (the Mistral, the Capitole or Aquitaine, for example) or rapid, then Main Lines. Their power (5,900 kW) also quickly enabled them to tow the heaviest freight trains thanks to their double gear train (high speed or low speed).

For their part, the “Maurienne” machines provided a difficult mountain service for passenger and freight trains. In 1976 and the re-electrification of the line by catenary, their service was merged with that of other machines, for freight and passenger trains in the south-east.

Gradually, during the 1990s, they were assembled at the Vénissieux depot, leaving the last large passenger trains towed by V200 to BB 26000. Their activity was refocused on freight trains, in particular on the Maurienne line. 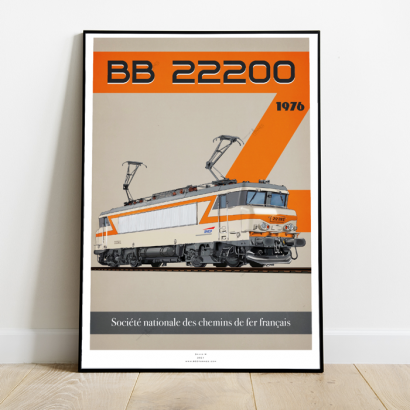