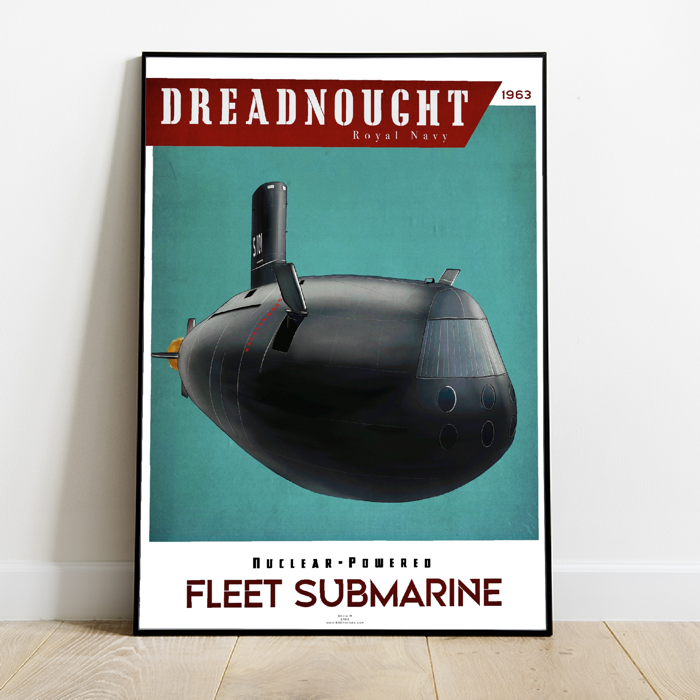 A poster of the Royal Navy's HMS Dreadnought submarine

HMS Dreadnought, the seventh of the name, was a nuclear powered submarine designed for the Royal Navy and built at the Vickers-Armstrong Limited shipyard in Barrow-in-Furness.

Louis Mountbatten, Admiral of the Royal Navy, asks for American help to resume construction of a British submarine identical to the American Nautilus (then the world's first nuclear submarine)

Thus, the S5W nuclear reactor will be of American manufacture, the hull and the combat systems of British design.

At the same time, the British Atomic Energy Authority asked the firm Rolls-Royce to develop its own nuclear boiler room to equip future submarines.

On June 24, 1967, he fired three torpedoes at the West German chemical tanker Essberger Chemist, which had broken in two off the Azores.

On March 3, 1971, she was the first British submarine to reach the North Pole.

The Dreadnought is very similar to the Valiant submarines, which will be a separate class, but of 100% British design.

She was decommissioned at the Rosyth shipyard in 1980.