The United States Navy Seawolf Class is a faster, better armed, and quieter class of nuclear attack submarine than the Los Angeles class.

Imagined in the 1980s, during the Cold War, it was to include 29 units designed to technologically supplant the submarines of the Soviet Navy. The end of the Cold War caused this very high cost project to be abandoned.

Note that the Jimmy Carter is extended by 30 meters to accommodate the equipment needed for special operations.

With eight 660mm torpedo tubes, the SSN 21 Seawolf prides itself on being the only submarine in the world that can carry fifty devices, such as Mk-48 torpedoes, AGM-84 Harpoon anti-ship missiles or still the latest versions of the Tomahawk capable of being fired at both ships and targets on land.

A system called TAINS guides Tomahawk missiles fired at land targets at subsonic speed (800 km / h) at an altitude varying between 20 and 100 meters (to avoid radar detection) up to 2,500 km from its firing point .

With a planned lifespan of 40 years, their replacement should not take place until the end of the decade 2030.

Thanks to David, been following him on twitter for month, his art is awesome. Poster is nice but size is A2: be sure to purchase the proper frame. Delivery took about 2 weeks to arrive in US. 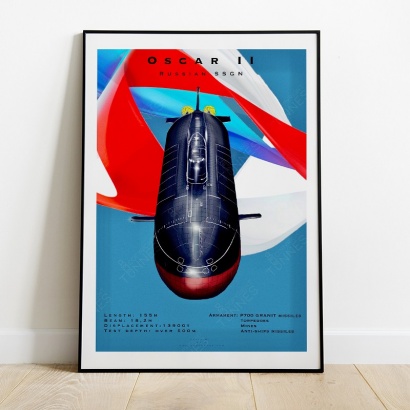 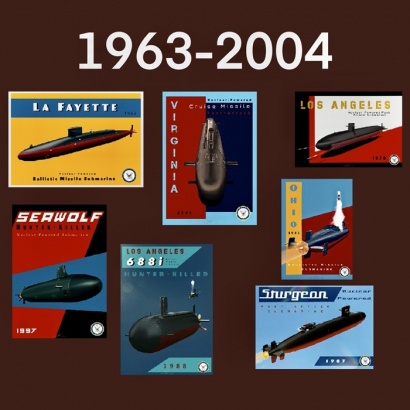