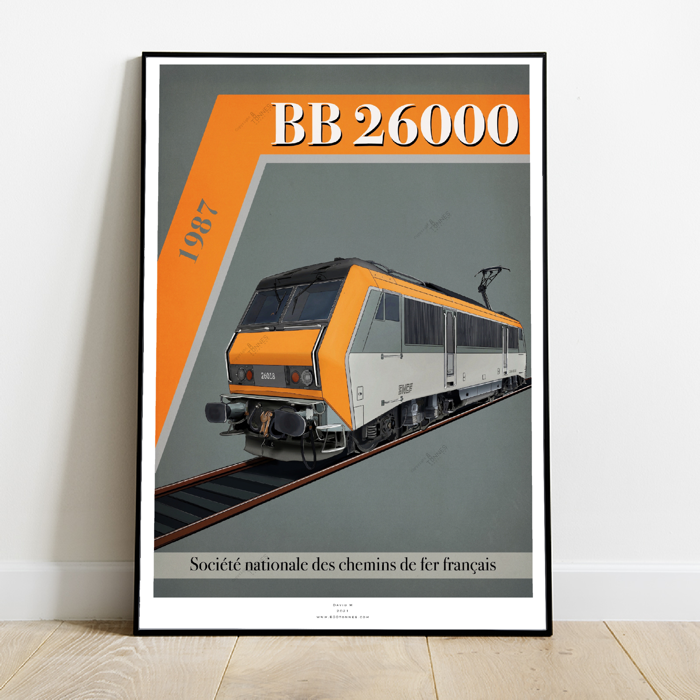 A digital drawing of the french locomotive BB 26000

The BB 26000 are a series of electric locomotives from SNCF, nicknamed “Sybic” contraction of “Synchrone” and “Bicourant”. Nowadays, with their little sisters the BB 36000, the most powerful locomotives of the SNCF.

After the delivery in 1986 of the last BB 22200, the SNCF is preparing to receive a new series of universal dual-current locomotives, that is to say capable of towing both fast passenger trains at 200 km / h and trains of heavy goods.

These machines must therefore have a high power available both at 1.5 kV continuous and at 25 kV 50 Hz.

The type of engine chosen is the same as that of the TGV Atlantique developed at the same time: the synchronous engine.

There will be long years of intensive deliveries, with up to four machines per month.