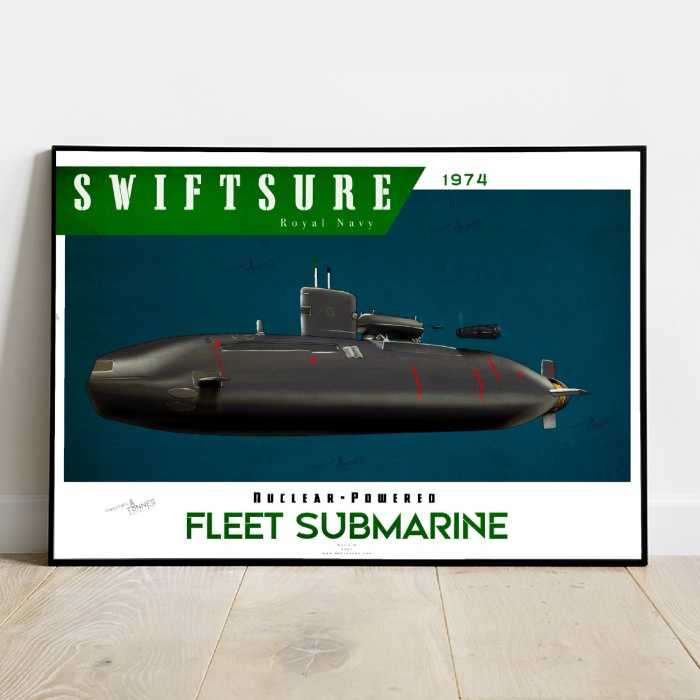 A poster of the Royal Navy's Swiftsure class submarine

The Swiftsure class is the Royal Navy's third class of nuclear submarines powered by a British nuclear reactor.

The six units of this class, built at Barrow-in-Furness by the Vickers Shipyard, served from 1974 until 2010.

It is the first class of submarines to abandon propeller propulsion for the hydrojet, depicted on this poster. Only HMS Swiftsure, first in the class, was not equipped with it.

These submarines were equipped with three main types of weaponry: torpedo Tigerfish or Spearfish, Harpoon missiles and even Tomahawks from the late 1990s.

They are complementary, and more or less replaced by the Trafalgar class submarines, which are a major evolution of the Swiftsure, and especially by the Astute class, much more modern. 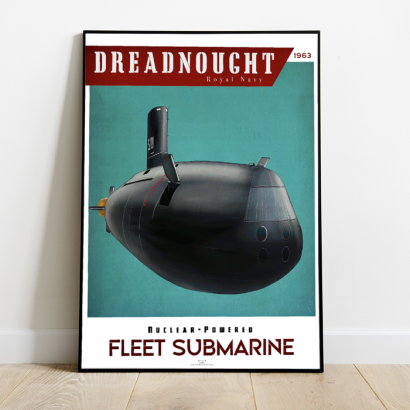