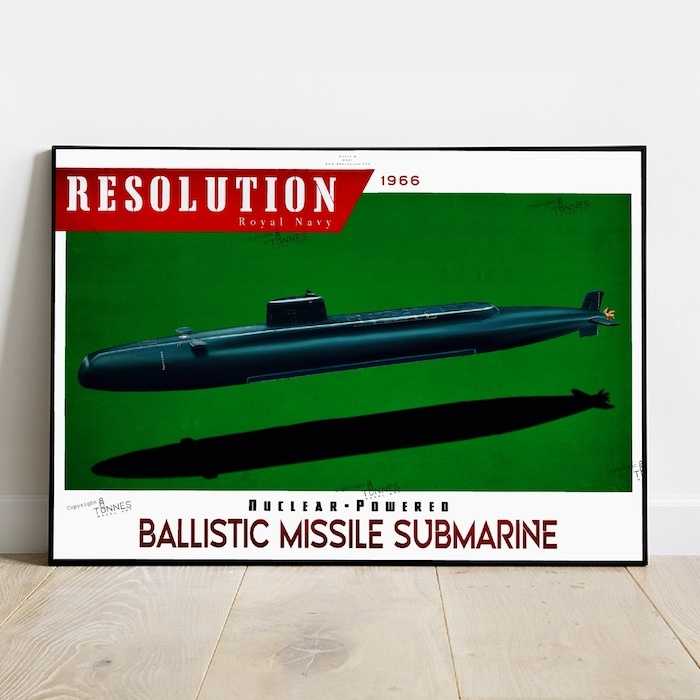 A poster of the Royal Navy's Resolution class submarine

It carried the UGM-27 Polaris missile for nuclear deterrence in the late 1960s.

Five ships were originally planned, but the last was abandoned. The first unit was HMS Resolution. Launched in February 1966, it began its first operational patrol on June 15, 1968 after having undergone a long period of sea trials. The four units each capable of carrying 16 strategic ballistic sea-to-ground missiles were part of the base's 10th submarine squadron. Faslane Naval Station in Scotland.

In the 1980s, the four SSBNs underwent a conversion to be equipped with the new Polaris AT-K missile developed by the British.

These 8,500-ton submarines were nearly 130 meters long and over 10 meters wide. They could dive to more than 350 meters deep.

They will be replaced in the nuclear arsenal of the United Kingdom, in the early 1990s, by the Vanguard class carrying the Trident missile.