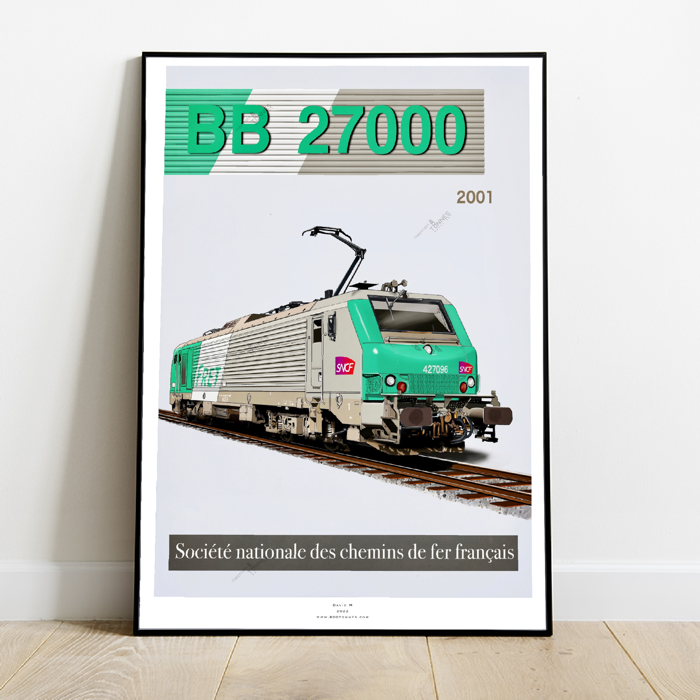 A digital drawing of the french locomotive BB 27000

These locomotives are dual-current (1.5 kV DC and 25 kV 50 Hz) and all belong to the Freight activity (the BB 27300, derived from the BB 27000, are assigned to the Transilien activity). They operate with an asynchronous motorization.

With a central driver's cab, the controls are done via two computer consoles, as well as the controls of the locomotive parameters. They are also equipped with ATESS (the black box). Two exterior mirrors allow the train to be monitored while in motion.