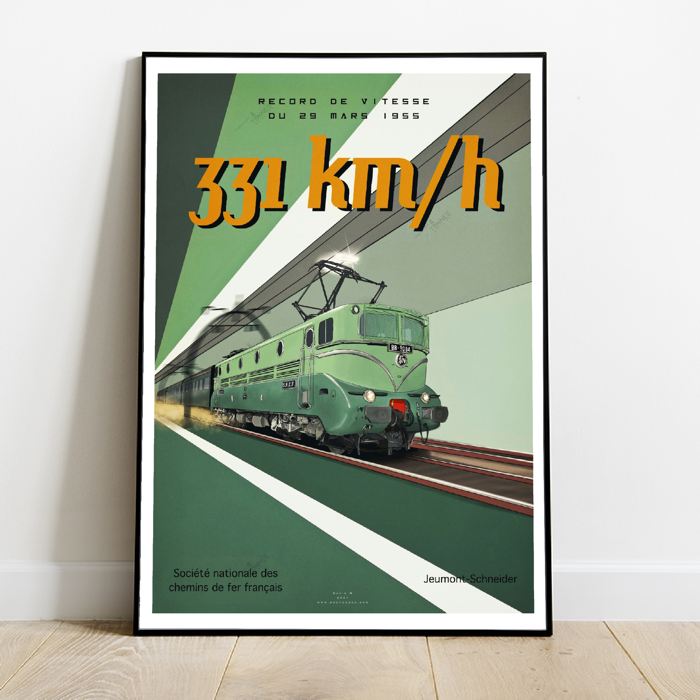 The world speed record of March 1955 dates back to the decision to electrify the Paris-Lyon line where it was decided to increase the "commercial" speed of the trains to 140 km/h.

To do this, high-speed tests were carried out in February 1954 on the Dijon-Beaune section (which met the prerogatives to set such a record)

The various tests carried out are going smoothly, so it is planned to carry out tests at "very high speed". Modifications are made to two locomotives: the BB 9004, and the CC 7107.

For several days, various speed records fell. But it was on March 28 that the CC 7107 was the first to set the new world record, with a set speed of over 320 km/h.

The pantograph of the BB 9004 literally melted during the record, and the track was very damaged by the passage of the two locomotives