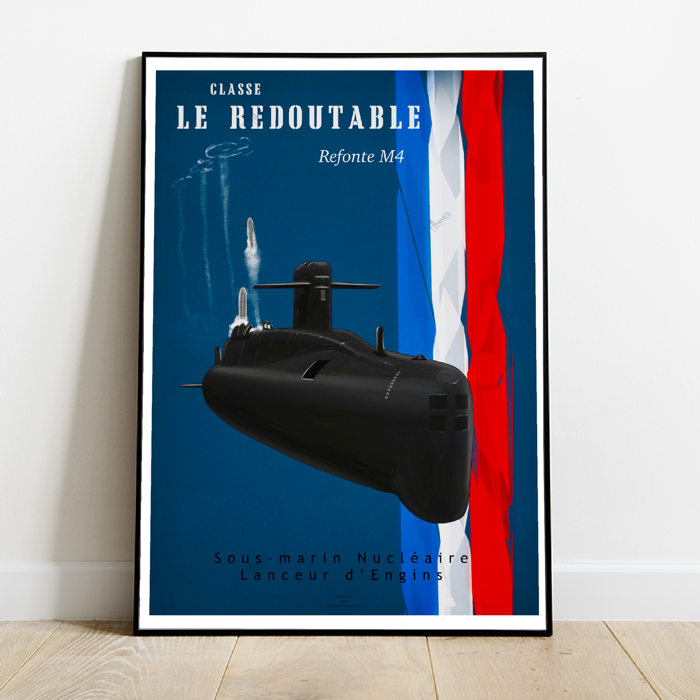 The "M4" version of Le Redoutable type SSBNs was inducted with the latest addition to the series, L'Inflexible, in 1985.

The major development is in the on-board nuclear missiles: the M4s replace the M20s.

The nuclear missile, bigger, is now "mirved", and its range pushed to 5000 kms. This major development is a great asset for France, which thus reinforces its weight in nuclear deterrence, at a time of the end of the Cold War.

SNLE M4s benefit from numerous technical and technological improvements (computer racks). The outer profile of the submarine is not to be outdone: the tower adopts a teardrop shape; the sailing planes of the latter, larger are raised, and the front part of the bridge more hydrodynamic. By welcoming a new sonar, the bow also sees a slight protuberance appear at its base.

All the SNLEs in the class will be recast "M4", with the exception of ... Le Redoutable! The head of series will indeed be decommissioned in 1991.