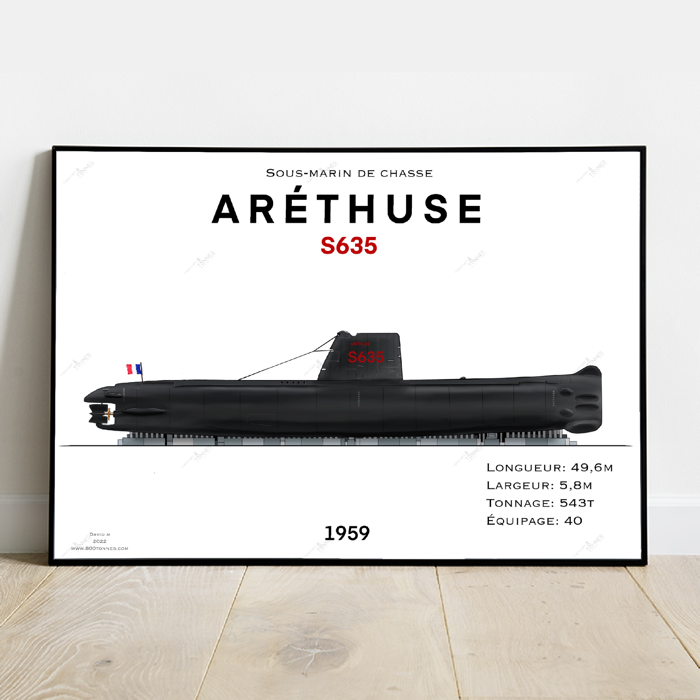 Designed from 1949, for entry into service at the end of the 1950s, the "400 tons" submarines saw the light of day through 4 units: the Arethuse, the Argonaut, the Amazon and the Ariane.

Small, discreet, manoeuvrable and relatively modern, they embark around thirty men and participate intensively in anti-submarine warfare. These submarines will also be very important in the training of crews, at a time when the French submarine forces are looking for qualified personnel.

Based in Toulon, their missions mainly take place in the Mediterranean Sea. The Aréthuses class will be gradually abandoned in favor of the most modern high performance 800 tons submarines, the "Daphné", at the end of the 1960s.

Decommissioned in the 1980s, only one copy is still visible to this day: the Argonaute, which proudly sits in the "Cité des Sciences" in Paris. 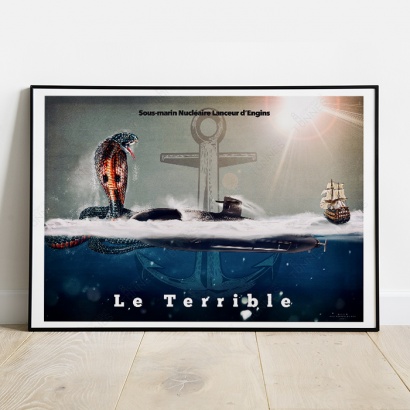