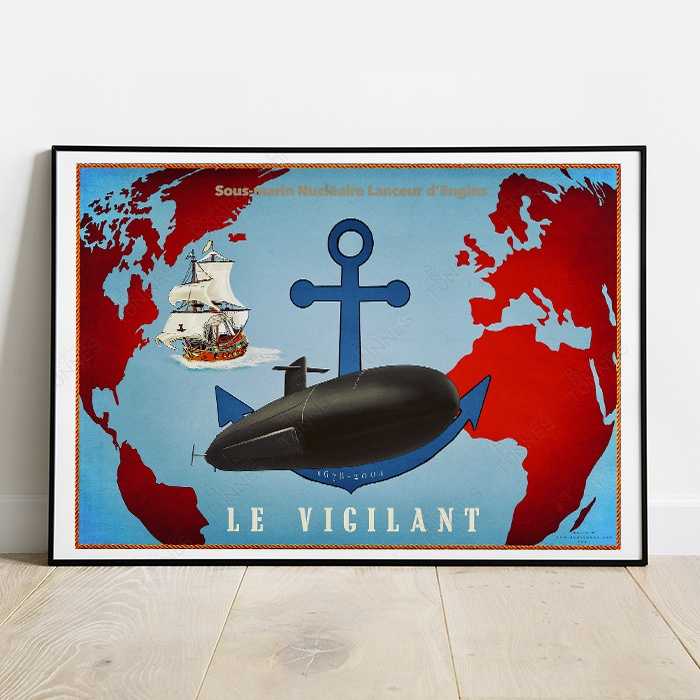 A digital drawing of the nuclear french SSBN "Le Vigilant" in dry dock.

The submarine shown here is the Vigilant, the third in the series. The drawing is based on the official tampion of the ship.