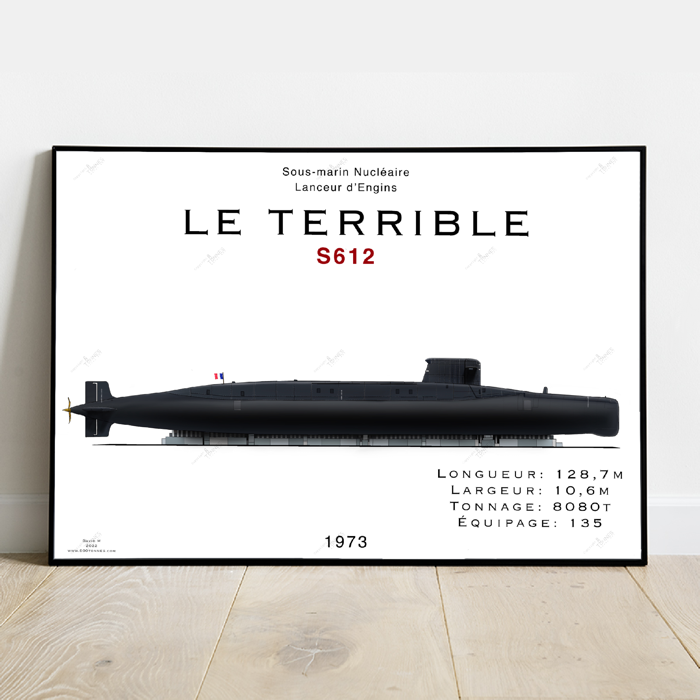 Choose your poster in the menu "choice of the building" among the 5 SNLE M4: Le Redoutable, Le Foudroyant, le Terrible, l'Indomptable or le Tonnant

Launched in 1967 at the instigation of General de Gaulle, the first French nuclear submarine is not an attack submarine, but a "missile launcher". A real technological feat which allows France to enter a very closed club.

128 metres long and 10.6 metres wide, the SNLE carried 16 MSBS missiles, which were replaced in the following decade by M20 missiles with an improved range (shown on this poster).

The "Le Redoutable" series is composed of 6 units, the 5 others being Le Terrible, Le Foudroyant, l'Indomptable, Le Tonnant and l'Inflexible (the latter is a major evolution of the original class, since it carries M4 missiles).

These submarines were the pioneers of the Force Océanique Stratégique, the cornerstone of the country's nuclear deterrent.

The Redoutable can be seen today at the Cité de la Mer in Cherbourg, perfectly preserved in its M20 version.

You can choose in the drop-down menu "Building choice" among the 5 M4 buildings: Le Foudroyant; Le terrible, L'Indomptable, le Tonnant or l'Inflexible. 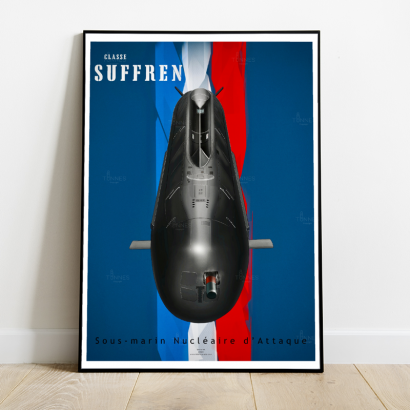