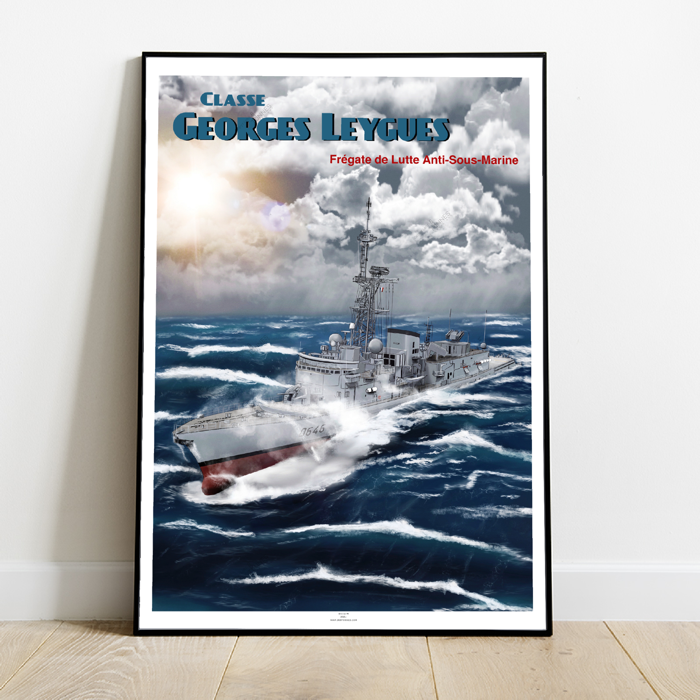 The Georges Leygues Class of the French Navy, also known as the F70 ASM type, consists of seven frigates with an anti-submarine warfare capability.

The Georges Leygues class frigates herald major changes after the aviso-corters, thanks to the capabilities of the ASM Lynx helicopter.

This class forms the intermediate component of an ASW system alongside the two Tourville class frigates and the nine Jean Moulin class avisos.

The power of their gas turbine propulsion allows them to reach speeds of 30 knots.

They were replaced in the 2010s by the Aquitaine Class (FREMM).  Only the Latouche Tréville frigate is still in service in 2021 (and represented on this poster)