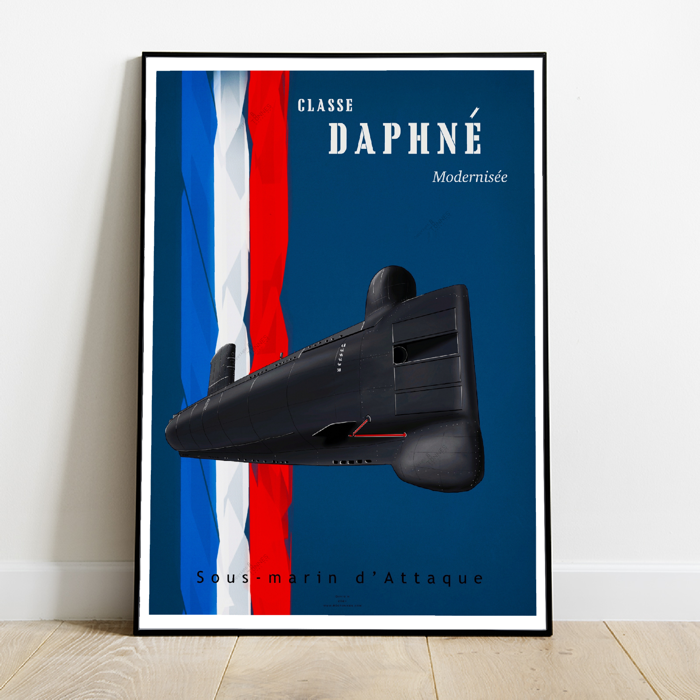 A digital drawing of the modernized Daphné class French submarine

Built between 1958 and 1970, the Daphné class submarines are an evolution of the Aréthuse type submarines.

With a larger tonnage (800 tons against 400), they are also larger, wider, quieter and more modern. They can dive deeper (beyond 300 meters), and carry more torpedoes.

Eleven submarines will be manufactured, their history being marred by incidents and sometimes tragic accidents (the losses of the Eurydice (1970) and the Minerve (1968) for example). They will nevertheless be a success for export (used in the fleets of Spain, Portugal, Pakistan, and South Africa)

The last submarines with the Agosta to use diesel-electric propulsion in France, these ships have formed an entire generation of submariners, who evoke a certain nostalgia towards them, the ultimate representatives of the "old-fashioned" submarine. ", at a time when nuclear propulsion became widespread.

One of these buildings can still be visited in Lorient: the "Flore", which is remarkably well preserved there.