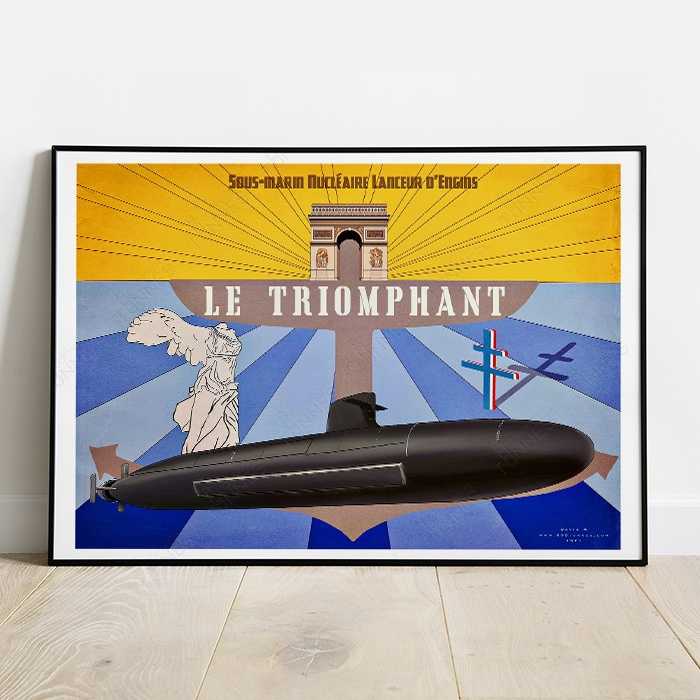 The submarine shown here on its tin line is the Triomphant, the first in the series.