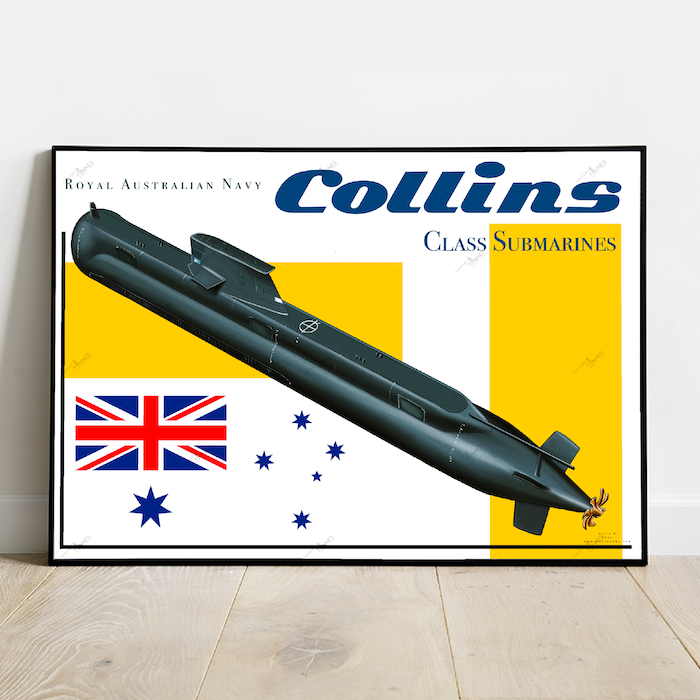 A poster of the the Royal Australian Navy's Collins class submarine

The Collins class is a class of six, 3rd generation diesel-electric powered submarines.

Swedish designed, they were produced under transfer of technology in Australia for the Royal Australian Navy.

The Collins replaced the Oberon class (of British origin) and aimed to maintain long sailing distances, which is usually less the case with European vessels.

Gradually, after their entry into service, the Australians recognized several technical faults in their submarines, which led to their overhaul in the 2000s.

T
he Collinses are among the rare submarines to be equipped with Saint-André cross bars (arranged in an X): a technology giving excellent results in navigation.

They must be replaced by Attack-class submarines by 2030. 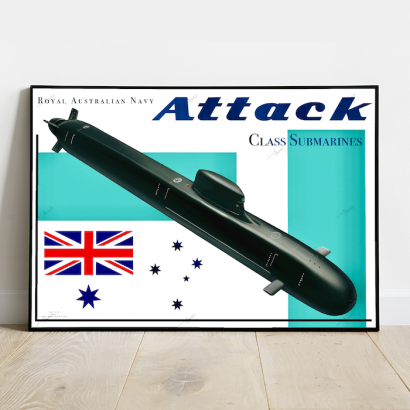