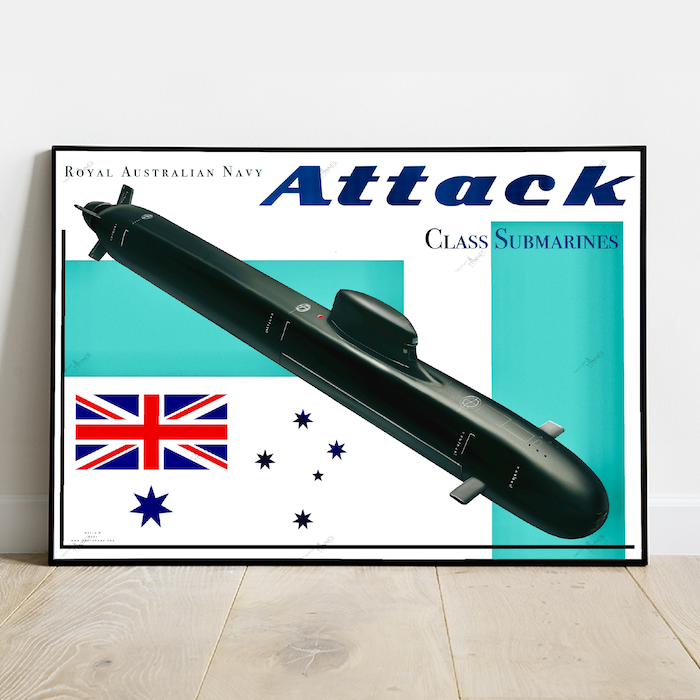 A poster of the the Royal Australian Navy 's submarine Attack Class, project cancelled by Australia in septembre 2021

The SMX-Ocean submarine project by DCNS was revealed at the Euronaval show in October 2014. It stems from the Barracuda program that produced the "Suffren" class.

On February 11, 2019, the Prime Minister of Australia, Scott Morrison, officially announced the signing of a $50 billion contract to build twelve "Shortfin Barracuda" to be manufactured in Australia.

The Australian Barracuda would have been 97 meters long and have a displacement of 4,500 tons on the surface.

It would have been able to stay at sea for three months or to sail 18,000 nautical miles at 10 knots, its transit speed being 14 knots.

Its theoretical immersion was 300 meters, and it could embark 34 weapons, including six cruise missiles launched vertically from two barrels, as well as underwater and airborne drones. The Attack class could also have carried anti-ship and anti-aircraft missiles, as well as mines and torpedoes.

The agreement was finally cancelled in favour of the Australian submarine, supplied with the help of the USA and the United Kingdom under the AUKUS pact. 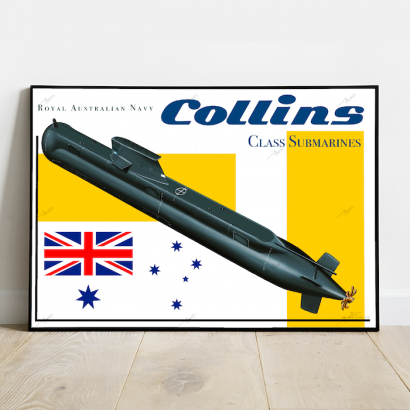