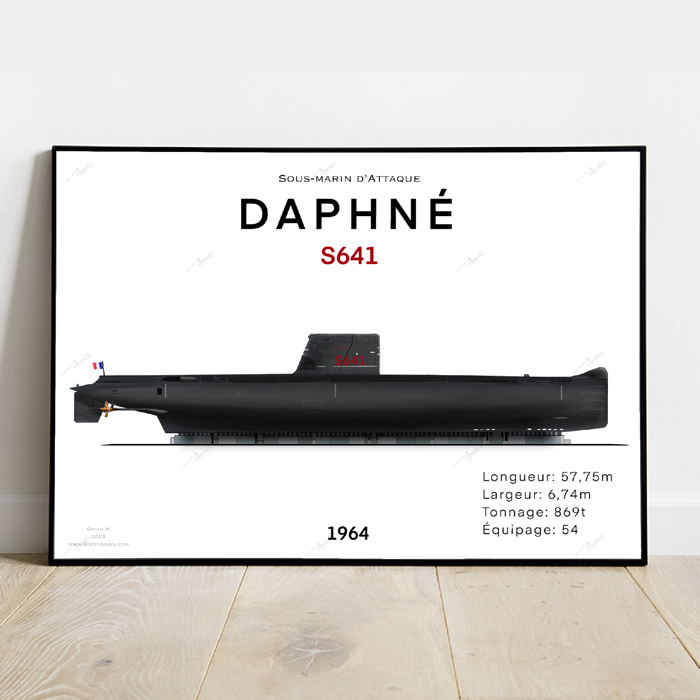 Choose your poster in the "choice of building" menu among the 11 Daphne type submarines in their original version.