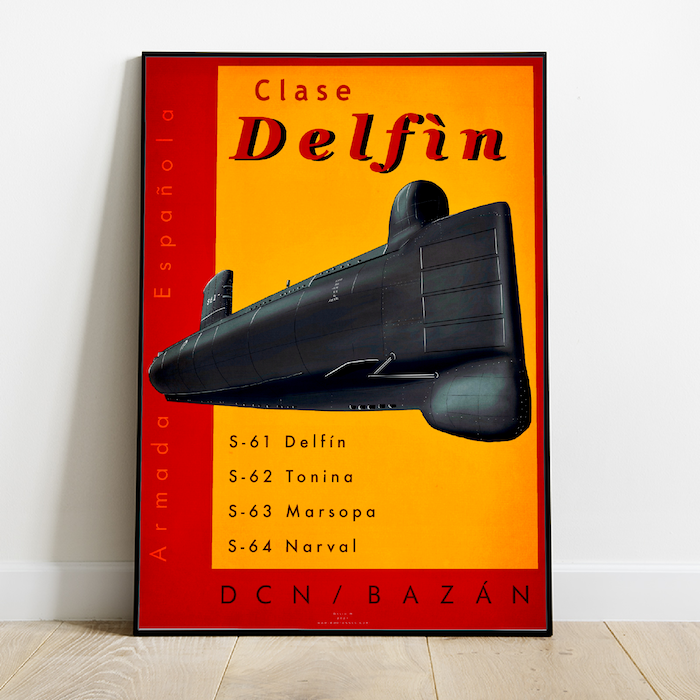 Built between 1958 and 1970, the Daphne class submarines are an evolution of the Arethuse type submarines.

With a larger tonnage (800 tonnes against 400), they are also larger, wider, quieter and more modern. They can dive deeper (beyond 300 meters), and carry more torpedoes.

Eleven submarines will be manufactured, their history being marred by incidents and sometimes tragic accidents (the losses of Eurydice (1970) and Minerve (1968) for example).

They will nevertheless be a success for export (used in the fleets of Spain, Portugal, Pakistan, and South Africa)

In Spain, the Spanish Armada launched 4 submarines between 1973 and 1975 under the name of "submarino clase Delfin".. These submarines sailed until 2006. They were built by Bazan and DCN. 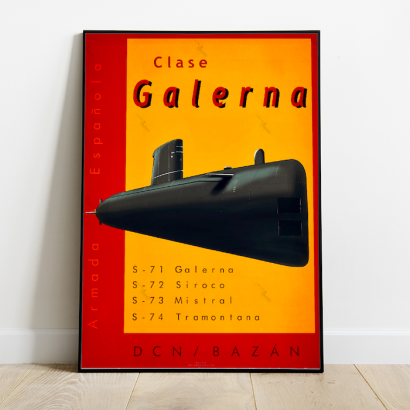