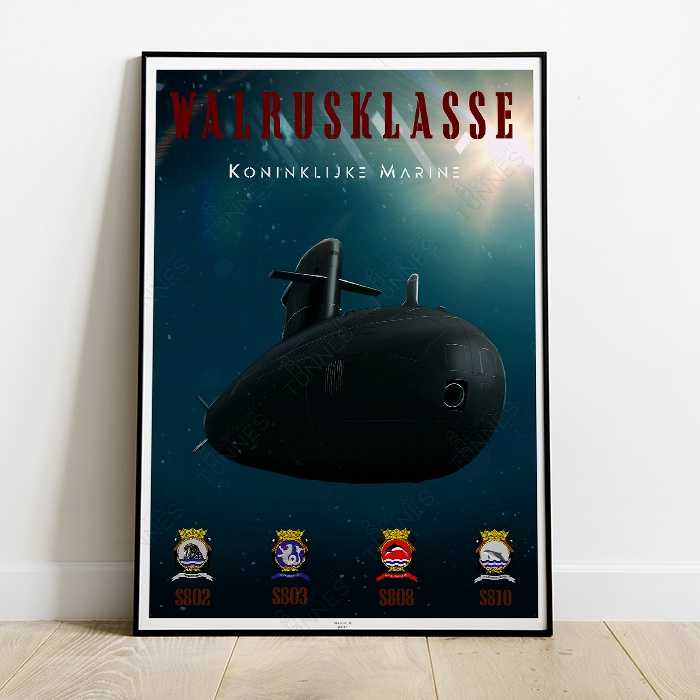 The Walrus class is a class of conventional attack submarine with conventional propulsion in service in the Royal Netherlands Navy since 1990. Four in number, they each bear the name of a marine mammal: Walrus, Zeeleeuw, Dolfijn, Bruinvis .

>br>The rear dive bars are intertwined with the steering bar, and arranged in an "x" rather than a Saint-André cross. The front diving bars are more conventionally located on either side of the massif.

Following modernizations underway since 2015, they are expected to have a lifespan of 25 to 35 years1 and remain in service until 2025/2030.

The replacement of the Walrus class is the subject of competition between European shipyards.

In 2015, it was awarded to a collaboration between Swedish shipbuilder Saab Kockums and Dutch shipyards Damen Schelde2 and in 2017, a joint order for U-212s with Germany, Norway and Poland3.