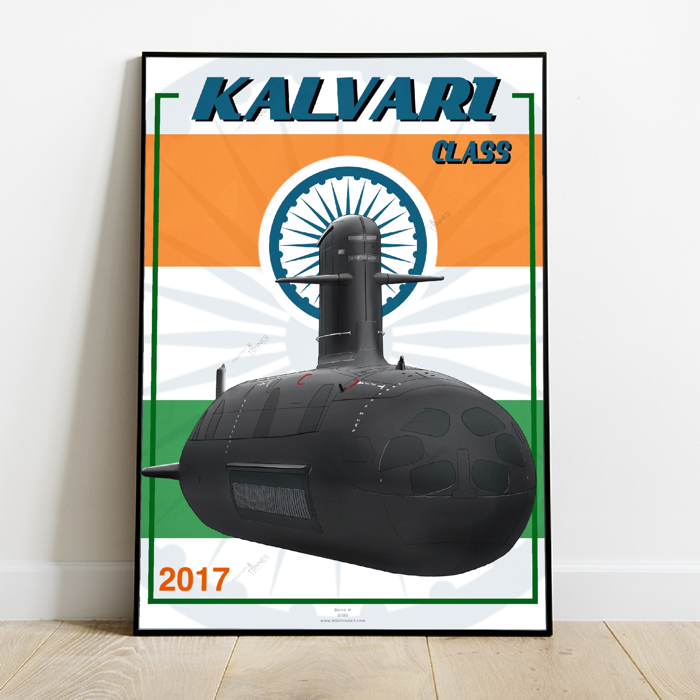 A poster of the the Indian Navy's submarine Kalvari Class (Scorpene)

The Scorpene is a conventional "Diesel Electric" submarine designed by Naval Group in the 90s and produced from the beginning of the 2000s.

Derived from the Agosta from which they take the architecture, but with a shape close to the Ruby AMETHYST type ANS, the Scorpene are among the most advanced conventional propulsion submarines in the world.

They have been adopted by several navies: Malaysia, Brazil, Chile, or even in India.

Several variations exist, lengthening or shortening the length of the hull depending on the equipment. Indeed, the Scorpene can be equipped with an anaerobic "MESMA" module which greatly extends its autonomy.