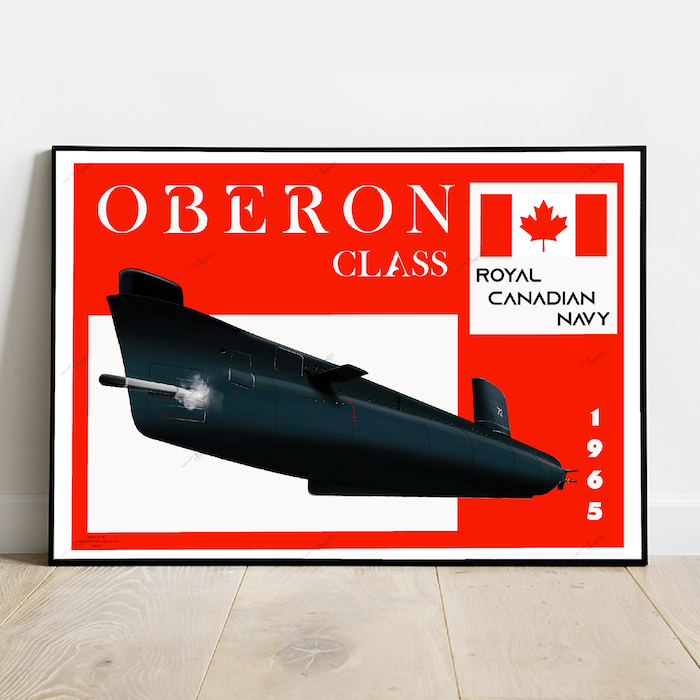 A poster of the Royal Canadian Navy's Oberon class submarine

The Oberon Class is a class of twenty-seven British designed conventional propulsion (diesel-electric) submarines built in the 1960s and 1970s. These are the same type of submarines built at the end of World War II, the Porpoise-class submarines, which were modernized by adding some features inspired by German U-Boats.

The design and conception of the Oberon-class submarines are strongly inspired by those of the Porpoise-class which were in service from 1956 to 19881. Their design also incorporates features inspired by German U-Boats2.

The main differences between the Oberon and the Porpoise class submarines are related to the improved hull strength and stealth, using the QT28 type steel, which is stronger and easier to use than steel. of the Porpoises. The Oberons' outer deck was reinforced by the use of a fiberglass alloy.

Their dimensions were 90 m in length and 8.1 m in diameter for a tonnage of 2410 tonnes underwater.

It was armed with eight torpedo tubes: six in the bow and two shorter for anti-submarine defense in the rear. When they were launched in the early 1960s, the submarine's normal load was 20 torpedoes: dMark 24 Tigerfish and Mark 8. There was no reloading provided for the rear tubes and only the two torpedoes already pre-loaded. -charged were on board 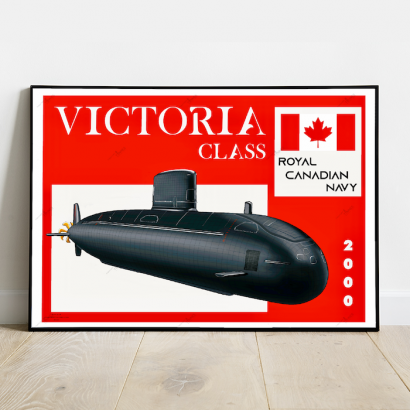