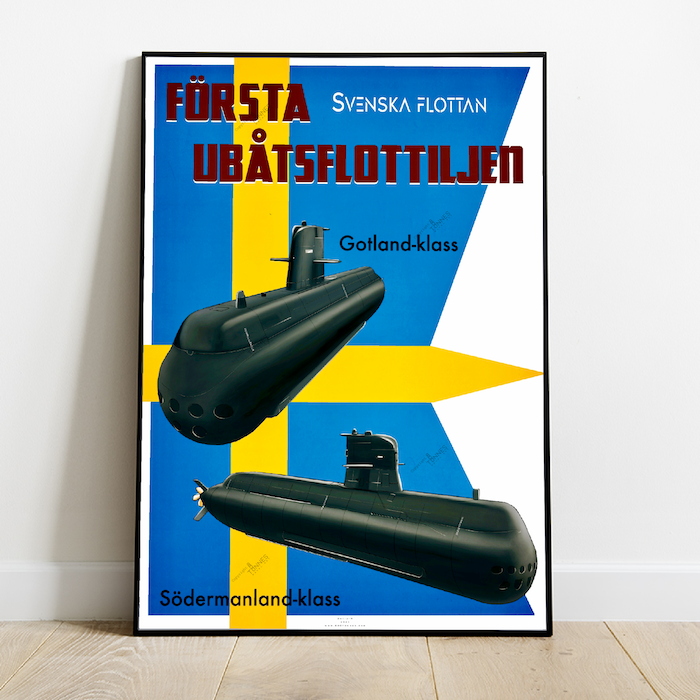 The Gotland class (or A19) is a class of so-called "anaerobic" submarines of the Royal Swedish Navy.

Submersible with diesel-electric propulsion, produced by the Kockums shipyards, they are 60 meters long and weigh around 1500 tons.

Their crew is about 33 people (including 5 officers).

They can dive to more than 150 meters for a maximum duration of 15 days.

The submarines of this class derive from and succeed those of the Västergötland class, of which they retain the general design.

The Södermanland class is also a derivative of the Västergötland class, but considered a new class after extensive modernization in 2003 and 2004 by Kockums AB. The pressure hull had been cut in half after the gazebo and a new 12 meter long section, with an air independent propulsion system, was inserted.

The AIP system can provide electrical power to extend submarine immersion time from days to weeks.

The Royal Swedish Navy has two units of this type.