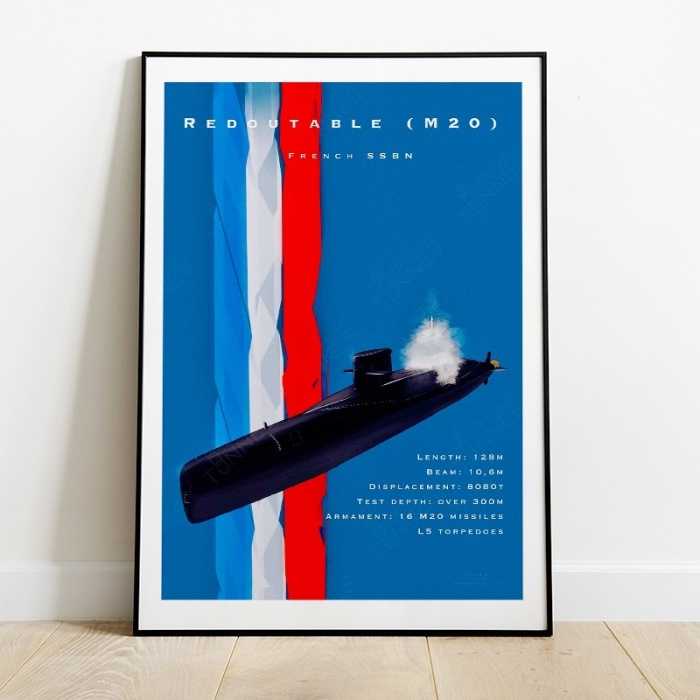 Launched in 1967 under the leadership of General de Gaulle, the first French nuclear submarine is not an attack submarine, but a "SSBNr". A real technological ship which allows France to join a very closed club.

128 meters long and 10.6 meters wide, the SSBN carries 16 MSBS missiles, replaced in the following decade by M20 missiles with improved range (and shown on this poster).

The series "The Redoubtable" consists of 6 units, the 5 others being Le Terrible, Le Foudroyant, L'Indomptable, The Tonnant and L'Inflexible (the latter is then a major evolution of the original class, because embedding M4 missiles ).

These submarines were the pioneers of the Strategic Oceanic Force, the cornerstone of the country's nuclear deterrence.

Le Redoutable is now visible at the "Cité de la Mer" in Cherbourg, perfectly preserved in its M20 version.

Poster produced with iPad Pro and Procreate in 2019 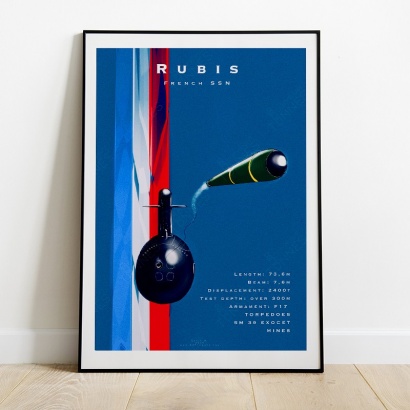 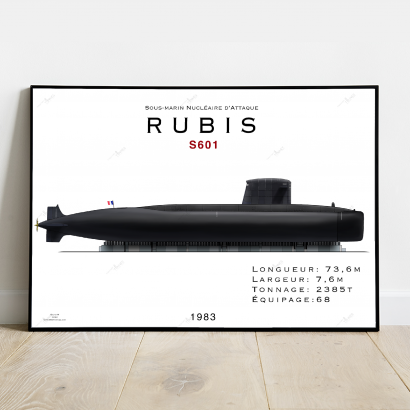