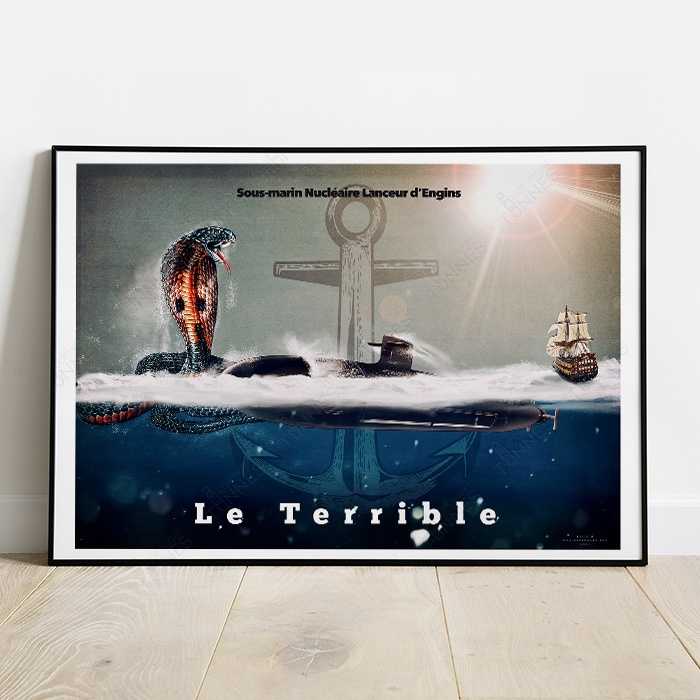 The submarine shown here on its tin line is "Le Terrible", the last of the series. The drawing is based on the official tampion of the submarine.