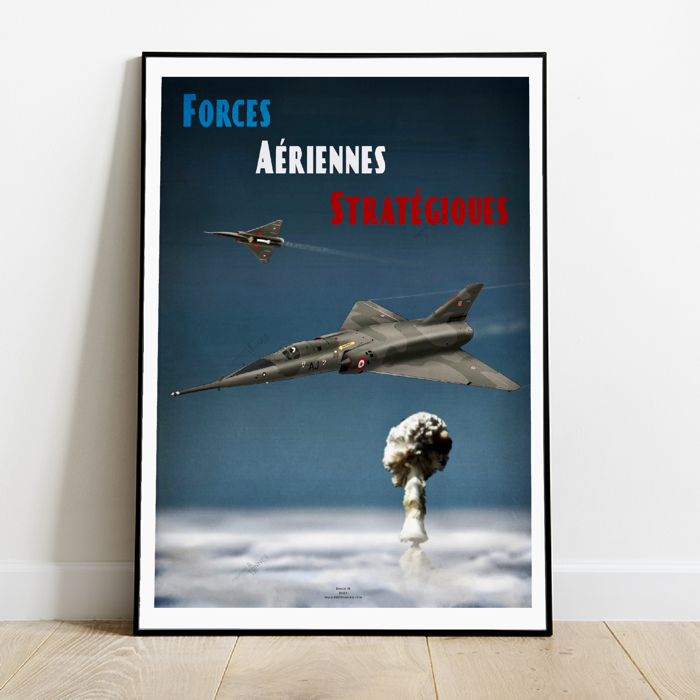 The Mirage IV was a bomber designed in the mid-1950s. It entered service in 1964 and was the first carrier of the French nuclear deterrent "triad".

Retired in 2005, it was active for more than 40 years. However, its last ten years of service were devoted exclusively to reconnaissance missions.

From 1960 onwards, it was one of the first two aircraft in the world (with the Convair B-58 Hustler) capable of flying at Mach 2 for more than half an hour at a time. This experience was very useful for the design of Concorde.

Its original mission was to fly at high altitude towards enemy lines, drop the atomic bomb, then return (some missions over the USSR did not provide enough fuel for the last stage, the crew having to eject into enemy territory!)

The Mirage 2000N, in service since 1988, will gradually push back the bombing missions of the Mirage IV, which will then focus on strategic reconnaissance missions.

Approximately 25 % of the production was preserved on air bases or in museums as the testimony of a time.